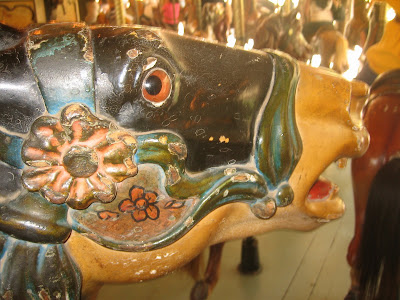 There has to be a brass ring around here somewhere.

My friend Natalie didn’t get her $20 million ranch in Ojai that the Argentinian dermatologist had promised her during their whirlwind romance.

My cousin Sean didn’t get the sexy entertainment gig he was so sure was his upon arrival in Hollywood.

Many years ago, I didn’t get the baby I carried for 12 weeks, which suddenly, violently, left my body upon its own volition. As did a couple after that more recently.

But you know what? Turns out that Natalie’s dude was slightly sociopathic and faked cancer in order to break up. She’s with a lovely man now who makes her feel like a rock star. Sean ended up taking a job at the only place that would have him, Greenpeace, signing up members in front of Trader Joe’s. He’s now the No. 1 canvasser in the country and will be able to go anywhere he wants.

As for myself, I can’t say that I have a logical explanation of why I didn’t get what I wanted the most in the whole world — nobody could ever find anything wrong. But I do have a deep spiritual understanding of it. That it wasn’t right, it wasn’t time, that it was practice for the real thing. And that a child will come into my life in some way, whether he or she passes through my body or from someone else’s.

The view tonight from the 40licious-yard line is this: If you’re not getting what you desperately, urgently want with every fiber in your body, and have done everything you can to get it, there’s probably a really good reason for that. Which will make itself clear eventually.