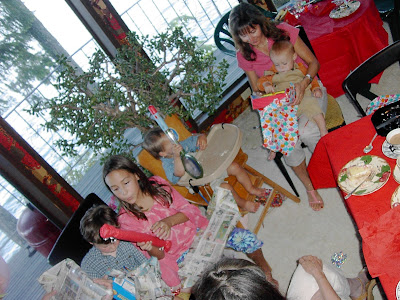 There is no more exquisite love, friendship and torture than among cousins.
Gen-Now McGradys continue the tradition.

Children in our family, at least in my generation, have always been hard-won. My father married his first wife in the early 1960s. When the relationship soured, she picked up Ilya, their 3-year-old son, and spirited him away to Israel. My dad, a big Irish-Catholic guy, didn’t stand a chance in those days, when there were no laws and no rights when it came to intercontinental kidnappings. A barely working writer, he fought until his heart bled dry to see his son. He saved file cabinets full of paperwork and letters and pictures of Ilya. There was even a botched attempt to get him back. Little Ilya screamed at the top of his lungs, as he was trained, when my dad appeared in the kindergarten playground. She never gave him Dad’s letters.

Dad went on to marry my mother, Colleen, and I was born, and then my younger brother. The custody battles were epic. My dad, who had managed to scratch out more of a living than my poor artist mum, won by default. Then he moved us across the country. My mom’s heart bled dry and she cried every day as she swept the floors of the Buddhist monostary where she stayed.

In all, my dad and his two brothers produced 12 children. We’ve been much better, as a generation, about child snatching and such. Most everyone has remained married for the past 20 years or so. The eight boys have produced fabulous, healthy, grogeous broods of children. All good natured and smart and funny and athletic and entirely loveable. Oddly enough, though, we four girls haven’t been so lucky when it comes to getting — and staying — pregnant. (However, Elizabeth was blessed with sweet Mary the Fairy, and the world is a much better place because of it. Even that was a tough win).

So tonight, I call a girl cousin who’s had a terrible time of it. We haven’t spoken in months. They’ve gone through so many disappointments and humiliations and extreme pain in their fight to have a child. I want to tell that I’m adopting, that it seems easy, that it seems right, and does a child really have to come out of your hoo-hoo to be yours?

“Hey,” I say, “I’ve got news. I’m adopting a baby.”
“Oh my God,” she says, and there is a long silence. “We just got out of our first adoption meeting three minutes ago.”

It’s all in tandem. It’s all happening this instant to us at the same time, because it’s right and good. And because our kids will need cousins the same age to go oyster picking with.