“Women in their 40s love sex. In our survey, this was the age group most open to considering sex on a first date (58 percent). These women were also the most likely to have had an orgasm during their most recent sexual encounter (86 percent).”— Men’s Health 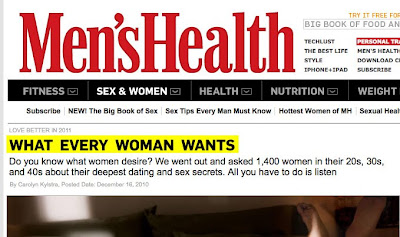 So there’s this recent Men’s Health Magazine that’s been all over the news the past few days, talking about how women in their 40s are more likely to have sex on the first date. Yes, we know what we want and we don’t give a crap about what someone might think. But also, it’s because we probably see a loser 10 miles away and won’t go out with him. We have a higher likelihood of saying yes to going on a date with someone we won’t mind waking up with — or sneaking out when we’re done.