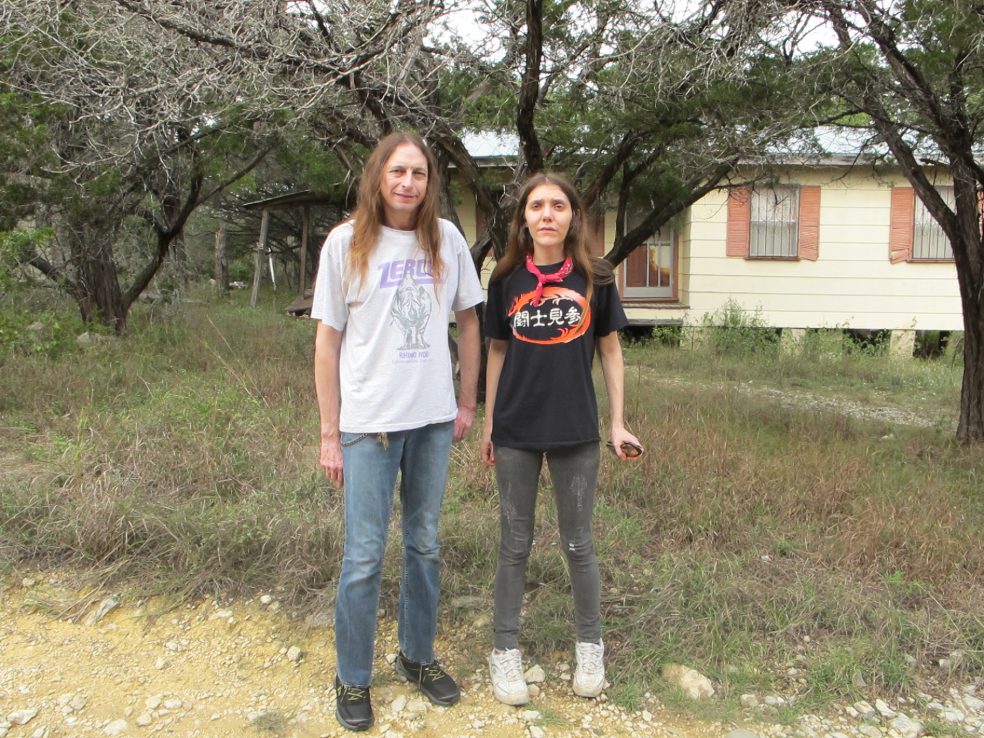 I came here to visit my daughter’s birth parents and ask them about their history and their adoption experience. It’s been an intense journey. They have an angrysad hangover, four years later, about how they were treated by our agency. They became homeless a year or so after Grace was born, kicked around LA for a while (and also stayed with us) and found their way back to Texas Hill Country, where Bill is from. They are living in Bill’s grandmother’s home, which has remained vacant for many years. It looks like it’s one bad thunderstorm from falling over, yet they keep it impeccable inside. They have no water; the electricity comes from a neighbor’s extension cord and a solar panel attached to a single car battery. They are coming back to LA where there is life and music and something for them. Something, anything else. Cowboys watch The Price Is Right at the Silver Dollar in Bandera. We’re just a normal, happy family like everyone else. The outside of Bill’s grandmother’s home, where they’ve lived for a year. The inside is spotless. Bill and Bridgett look out over Lake Medina, which disappeared and came back 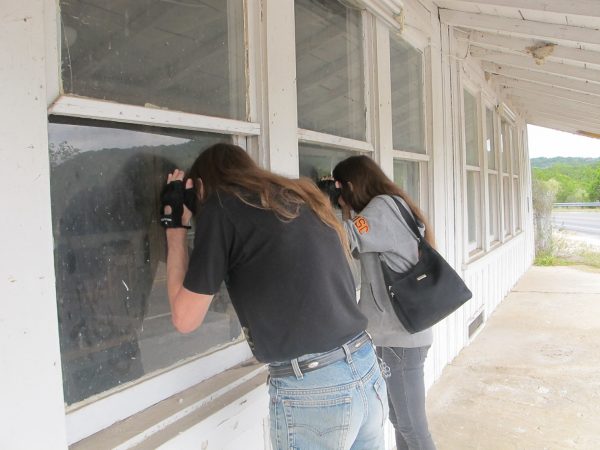 Bill used to play music at this joint. The picnic table he built is still on the porch. It’s for sale. The building, I mean. But they’d probably throw in the table. 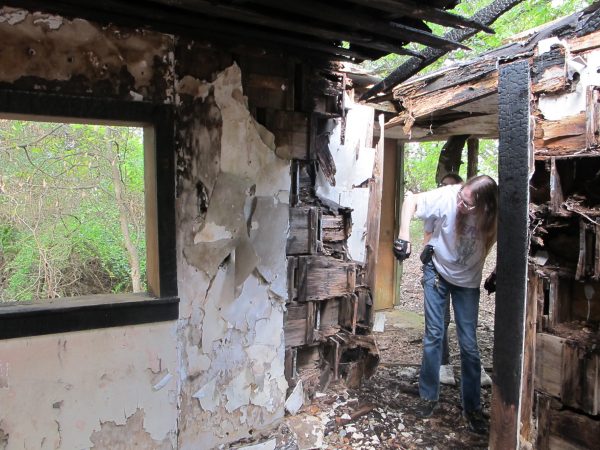 Bill used to live in this house with family friends, from the time he was 8 until 15 years old. He thinks it burned from a meth lab explosion or maybe just some stupid kids. The house was built from WWII small ammo boxes. Picnic table cats by the river. Decompressing by the river after an intense interview session. 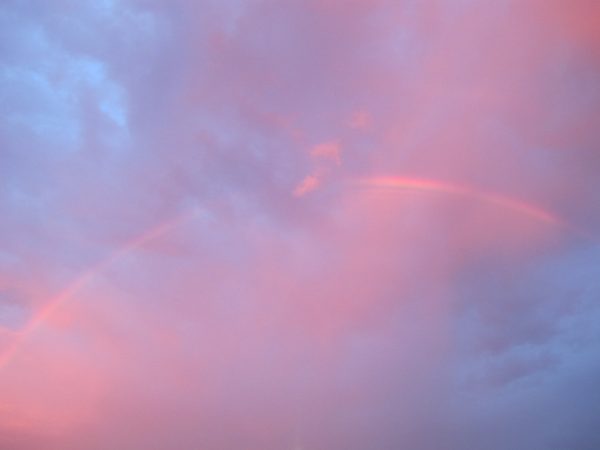 Sometimes you get a rainbow to let you know it will be OK.

Vanessa McGradyLove and Entropy in Texas11.06.2015